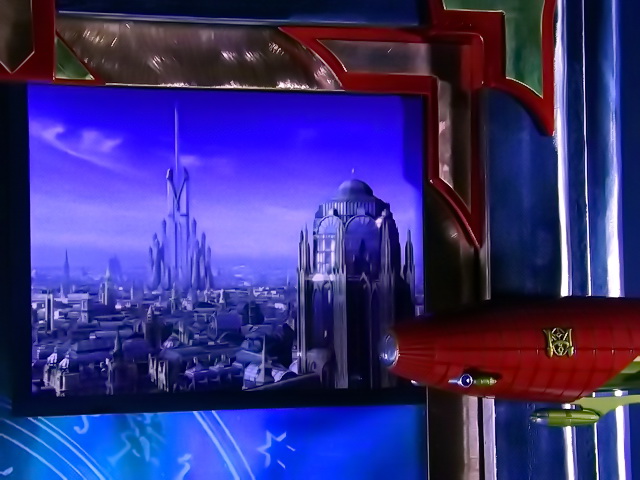 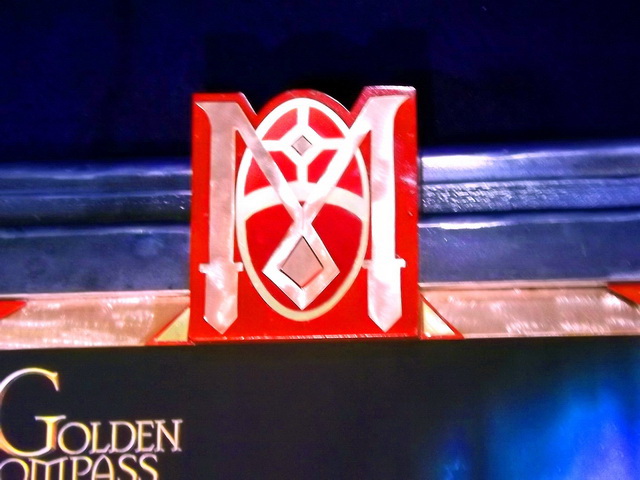 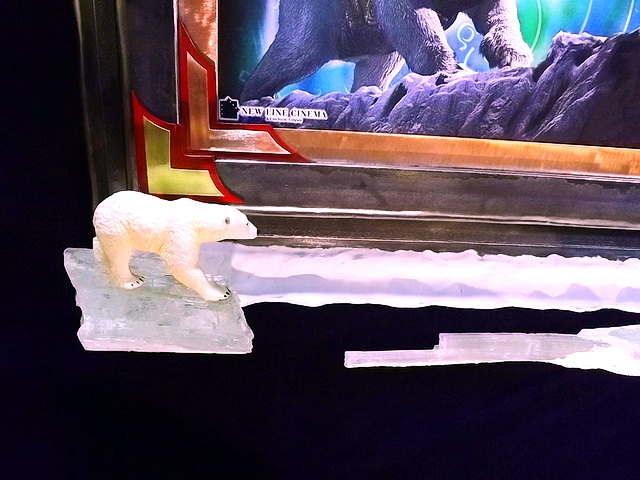 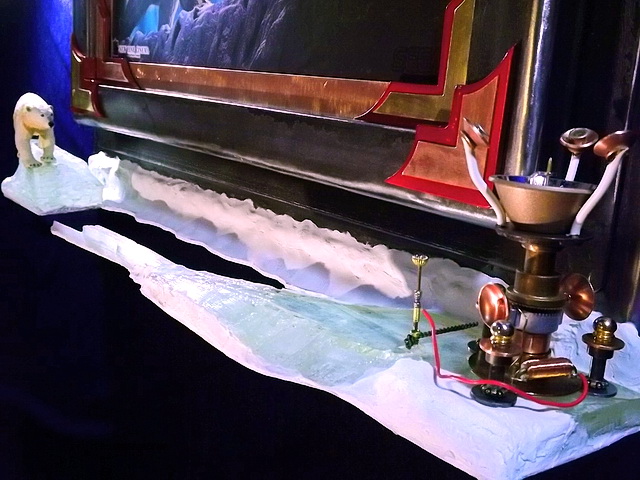 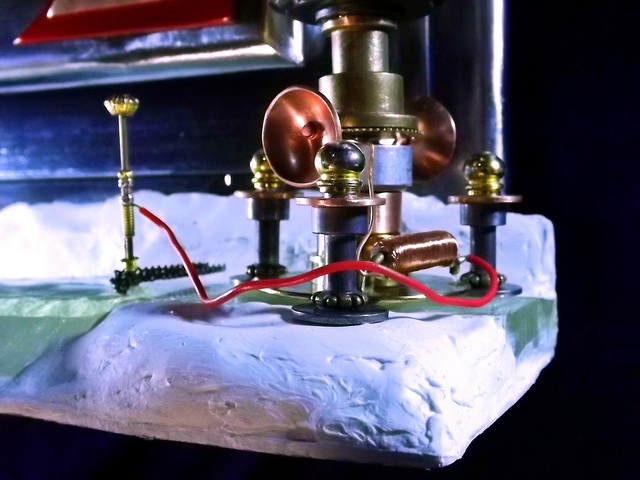 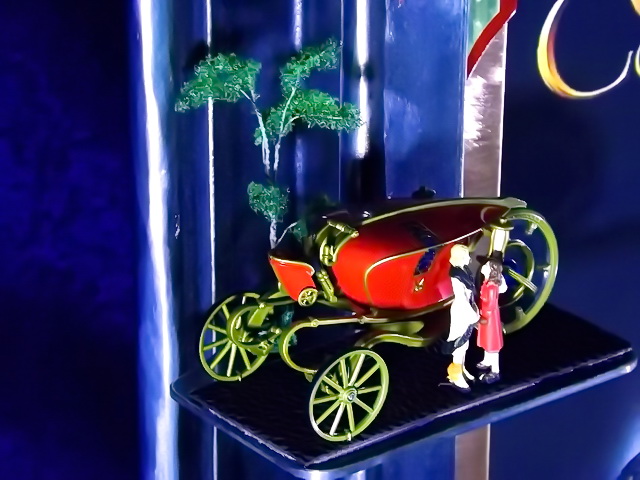 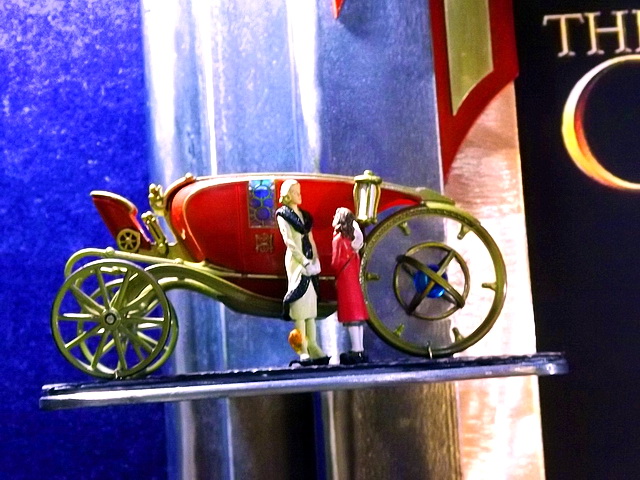 I made this frame for a poster of the movie of Philip Pullman’s “The Golden Compass”. It was a movie I enjoyed enough to make a frame for one of its promotional posters. I liked the book even better. I was very disappointed when I saw the films were not going to be made for the second and third books in the series, “His Dark Materials”.
The main frame is cut, welded and ground mild steel angle, flat, round and square stock, with brass and copper elements. The matte is copper. The Central “M” at the top center is for the all powerful Magisterium which controls most of Lyra’s world. I hand cut the pieces from sheet copper and brass. At the left side of the frame is a replica of Mrs. Coulter’s “Anbaric Carriage”, by Corgi, with Mrs. Coulter and Lyra getting ready to board along with their daemons. On the right side of the frame is a replica of a “Magisterium Sky Ferry”, also by Corgi, used as a more comfortable form of transportation by Mrs. Coulter. The inset , behind the Sky Ferry, is an image of Lyra’s world seen as they pass over it.
At the bottom I’ve chose to show Iorek attempting to cross an ice bridge to follow Lyra, who’s already made it across before the bridge gave way. On the right is Lord Asriel’s “Intercision Machine” which he used to blast a path into another universe by sacrificing Lyra’s best friend, Roger. Unfortunately Lyra is too late to save her friend but she decides to go after Roger and save him, so she herself enters the new universe. All Iorek can do is stand back and watch Lyra go. The movie doesn’t go this far though. Another shame. It ends before Lyra and Iorek even reach this point.
For the “ice” I’ve used sections of Selenite which has a very nice ice look and texture. I made the Intercision Machine from many brass and copper parts. I spent almost as much time on this little object as I did on the main frame. This frame weighs approximately 40 lbs.